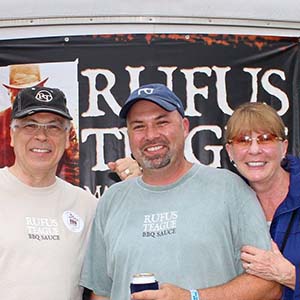 Mark McCone (far left in picture), is an entrepreneur who took advantage of a spin off by Northwest Teleproductions, purchased, and became the majority owner of Substation K in 1993. His son and heir apparent, John McCone (middle of picture) purchased a minority interest in 1994. Under Mark and John’s guidance as President and Vice President, the company has grown each year and garnered many awards in the media production space.

Substation K (“SK”), based out of Kansas City, Missouri, has been a media production company for over 22 years. They are engaged in the video editing of commercials and have created many award winning commercials. The market they serve includes a wide range of clients such as: Walmart, Sonic, Dairy Queen, Missouri Lottery, Kansas Lottery, McDonald’s, Big O Tires, Science Diet, Blue Bunny Ice Cream, Belfonte Ice Cream, Quiznos, Yoplait, Hertz, Garmin, Price Chopper Groceries, Tops Groceries, Build-A- Bear and Hallmark Behind The Scenes.

Mark and John first started working with Ike in March of 2007. At the time, SK had sales in excess of $1,690,000 and Mark had a federal income tax bill in excess of $117,000. Beyond the bulging income tax liability, Mark wanted to set up other retirement plans that would just benefit him and his son. He engaged Ike to develop a comprehensive tax and financial plan with his business at the center of the plan.