How To Influence People To Help You Reach Your Goals 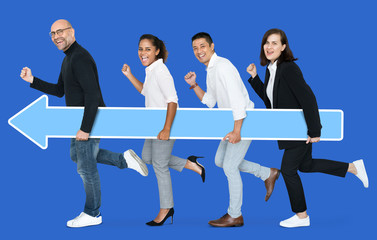 Do you want to know how some people pull off the impression of being a networking ninja and easily get people to help them reach their goals?

If you’re like most people at a networking event, you’re typically there with a WIIFM approach, trying to figure out what’s in it for me, which contact can I make today to make a sale.  Take it from a guy who’s failed miserably with that tactic, that’s the absolute wrong approach.  If you want to win friends and influence people as a Networking Ninja, you’ll have to draw upon some biblical wisdom that says it’s better to give than it is to receive.  Think of it this way, no one tries to make a withdrawal from a bank account they haven’t made a deposit in right?

So, when you show genuine interest in helping others reach their goals and you make a deposit of value first in the relationships you drum up at networking events, you then earn the right to ask for a referral, an introduction or even new business.  The good book says a gift opens the way for the giver and ushers them into the presence of influential people.  So, to win friends and influence people as a networking ninja, give a gift of value first.